Mt. Konocti last erupted just 11,000 years ago, covering the region in a new rain of ash and pyroclastic outflow. Vineyards are littered with the remnants, including the black volcanic glass called obsidian ranging from tiny stones to pieces the size of a small car. The 300,000-year-old Mt. Konocti is officially listed as dormant, although sporadic volcanic-type earthquakes still occur. And the numerous hot springs and volcanic gas seeps are clear indications of its potential to erupt again.

Although the soils across the county are mainly volcanic, two AVAS stand out for their dominant volcanic character: Red Hills and High Valley. 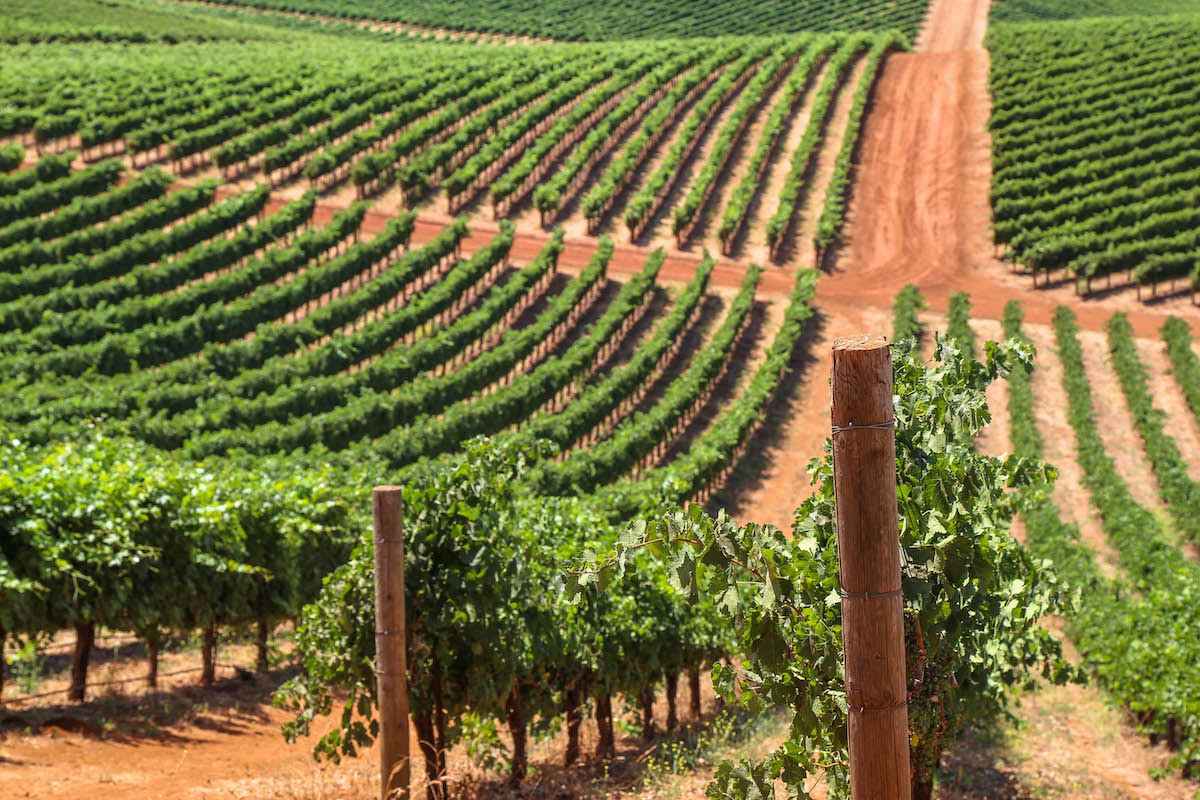 The vineyards of the Red Hills-Lake County AVA lie on the slopes of Mt. Konocti where iron oxide–rich, deep-red variations in soil were the inspiration for the AVA name. Winegrape growers in this area speculate that the highly available iron contributes to the firm character of Red Hills wine.

Its name couldn’t be more appropriate. With a valley floor at 2,000 feet above sea level, High Valley is flanked by ridges and mountains, with vineyards both in the valley and on the high-elevation slopes. Round Mountain, a volcanic cinder cone in the eastern end of the valley, erupted and filled the valley with volcanic debris and raised the level to 425 feet above Clear Lake. Like the Red Hills AVA, volcanic soils here are well drained, deep red, and rich in iron, as well as calcium and magnesium. The red wines of High Valley show a slightly more genteel nature, less angular in youth than those from the Red Hills, according to Master Sommelier John Szabo.

While other California North Coast wine regions (such as Napa and Sonoma) have areas of volcanic soils, Lake County is more uniformly volcanic thanks to its more recent volcanism.

* Editor’s note: Some of the information on this page was adapted from the book, Volcanic Wines by John Szabo.