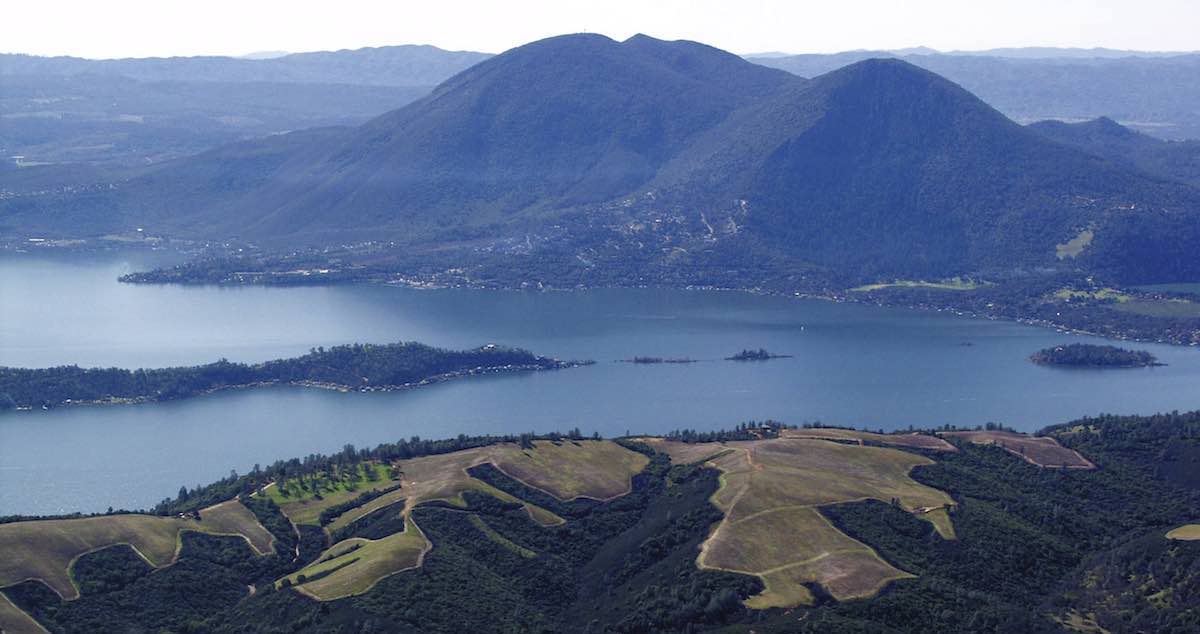 Lake County’s landscape is dominated by Mt. Konocti and other mountains in the Clear Lake Volcanic Field. Lying next to Clear Lake, the Volcanic Field consists of lava domes, cinder cones, and maars with a powerful magma chamber beneath. Mt. Konocti rises to 4,285 feet and last erupted about 11,000 years ago, resulting in some of the youngest volcanic soils in California. 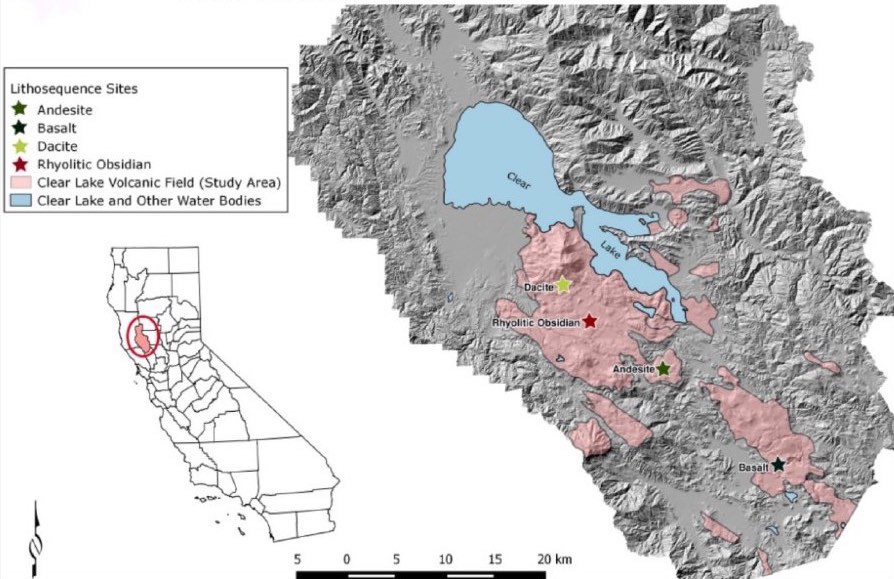 The Clear Lake Volcanic Field is responsible for the volcanic activity and soils in Lake County. Click the diagram to see a full-size version.

About 135 million years ago, Lake County was covered by ocean. During that period, the ocean floor crashed into the North American plate, thrusting the ocean floor deep into the earth under the continent of North America in a process called subduction. This activity, which continued until about 3 million years ago, created the Franciscan Complex, a jumble of rocks made up of rocks found on the deep ocean floor and ocean crust.

About 3 million years ago, subduction stopped and the North American Plate and the Pacific Plate began moving past each other in a right lateral transform motion instead of colliding. This caused the rise of the Coast Ranges, formation the structural basin of Clear Lake, and the beginnings of volcanic activity in the Clear Lake Volcanic fields.

John Szabo, author of Volcanic Wines, discusses the creation of volcanoes in the North Coast and other regions.

“Lake County diamonds,” also called “moon tears,” are semi-precious stones of volcanic origin found nowhere else in the world. While not equal in hardness to real diamonds (rated 7.5 to 8 compared to a diamond’s 10 rating), Lake County diamonds have been used commercially and are capable of cutting glass. They are highly prized by collectors and can be faceted and polished to make beautiful jewelry, nearly as brilliant as real diamonds. According to one local tribe’s legend, a Pomo Indian chieftain and the moon fell in love. The moon could not stay with the chieftain because she was needed by the people to light the night sky and mark the seasons. She was so sad to leave the chieftain that she wept “moon tears.”

Lake County also has an abundance of obsidian, onyx, agate, jasper, quartz, travertine, jade, petrified wood, and clamshell fossils – many of which are the result of the Clear Lake Volcanic Field. 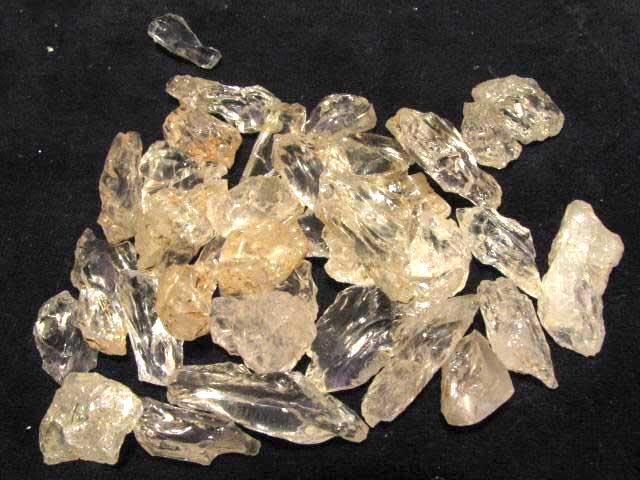