The Producers Behind California’s Volcanic Wines

Members of the highest-rated wineries in Northern California talk about how they tame Lake County’s extreme soils to produce exceptional wines. 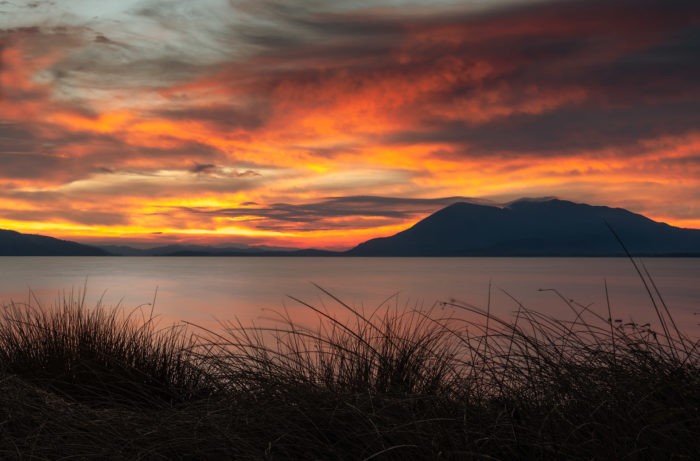 On the heels of numerous destructive wildfires in recent years, it’s understandable that the specter of volcanic eruption might not top the list of concerns for California’s Lake County winemakers.

The region’s producers shrugged off a recent United States Geological Survey assessment that they work in and around an active volcanic field rated as a “high threat” to the local community.

Called the Clear Lake Volcanic Field, the area was ranked by the agency as 33rd among 161 potentially dangerous volcanic sites in the country.

With the current buzz around “volcanic wines,” the possibility that Mount Konocti or any surrounding cinder cones could erupt after 11,000 years may just be a boon for the image of Lake County wines.

The imprint that the region’s rocky, gravelly, volcanic soils makes on the wines of Lake County is impossible to ignore. While broad-stroke assertions that the wines taste like volcanic ash, iron or salt don’t apply, the final bottlings do have unique characteristics due to the region’s difficult conditions and high-elevation vineyards.

Owners, winemakers and vineyard managers from four of the highest-rated estates in this Northern California region share how they tame the wild, unforgiving hills of Lake County and craft wonderful wines. 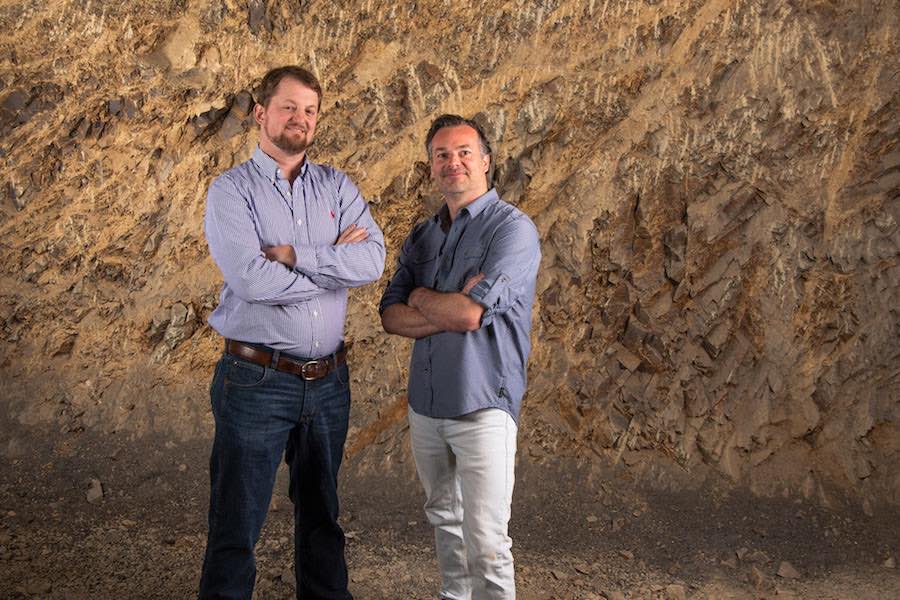 Ageworthy Wines from Slopes of Sand and Gravel

Brassfield Estate is one of the largest winery properties in Lake County. It dominates the High Valley American Viticultural Area (AVA), named for a small, flat plain nearly surrounded by mountains just to the ­­­­­northeast of Clear Lake.

In 1973, Jerry Brassfield, who founded NeoLife, a vitamin and nutrition supplement business, bought a 1,600-acre cattle ranch and wildlife preserve here. He planted vines, built a winery and dug caves into the hill behind it. The estate now includes 2,700 acres and its own volcano, Round Mountain.

Director of Winemaking Matt Hughes and Director of Farming Jonathan Walters cultivate the estate’s terrain and work as a team to produce memorable wines. Monte Sereno Vineyard, planted above the caves, has reddish volcanic soil and sits around 2,100 feet above sea level. It’s planted to several varieties, including Zinfandel, Cabernet Sauvignon and Syrah.

Tasting Monte Sereno Vineyard Syrah alongside Perspective Vineyard Syrah—which sits around 2,900 feet above sea level and is planted on rocky Franciscan shale—lends great context to the soil impact. Though vinified similarly, the Perspective Syrah is floral in perfume and rich in fruit flavors, while the Monte Sereno Syrah is earthy and peppery. It expresses more obvious tannins and firm acidity that supports meaty, savory nuances.

“That’s why I think these wines can sit on the table overnight and not come unglued,” says Hughes. “I’ve always thought the volcanic wines from Lake County have this amazing aging potential because of that liveliness, that life, that tautness in the glass.”

At around 2,000 feet above sea level, the Volcano Ridge Vineyard is planted near Round Mountain Volcano. Massive slopes of orange-brown volcanic sand and tephra have been packed tight by time and support Malbec, Grenache, Cabernet Sauvignon, Muscat and Petite Sirah vines. Walters and Hughes point to backhoe pit 10 feet deep to prove the soil goes at least that far down, and probably much farther.

The 2006 Volcano Ridge Petite Sirah, meanwhile, shows a wonderful bouquet of lively berry fruits and peppery spice, even after 12 years, and feels polished on the palate. It speaks to the inherent freshness and superb structure of the winery’s volcanic bottlings. 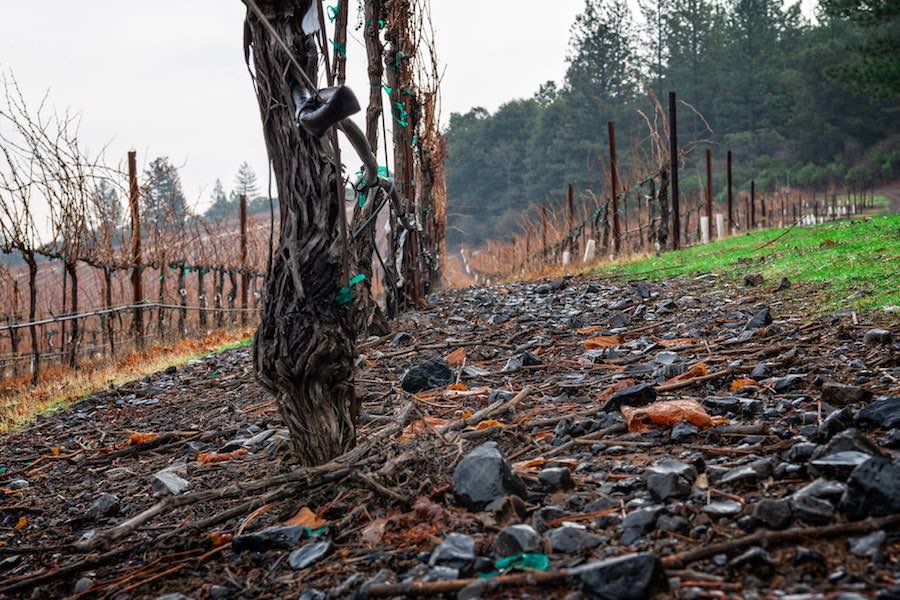 Michael Terrien and Winemaker Alex Beloz keep a brisk pace as they hike a forest path from one section of the Obsidian Ridge Vineyard in the Red Hills Lake County AVA to another. With each stride, oak and manzanita leaves crunch beneath their boots, and the scent of the silver pines fills the air. Everywhere underfoot is obsidian, or black volcanic glass. It sits on the surface in sharp shards that poke out of the gray, gravelly soil and in football-sized lumps that easily break apart when knocked with another stone; it shows up in every vineyard row and constitutes most of the soil in pieces as small as BB pellets.

The black glass was formed by magma that oozed out of the Clear Lake Volcanic Field and cooled quickly in the open air. It makes a strong visual impression, but its effect on the powerful, structured, Bordeaux-style red wines made here really comes from what the soil doesn’t offer, both in depth and in water retention.

“By definition, young soils on slopes are where erosion occurs,” says Terrien, who co-founded the 250-acre vineyard and wine brand along with brothers Peter and Arpad Molnar. “The finer silts have run down to the valley floor, leaving these boulders and gravel that don’t retain any moisture.” 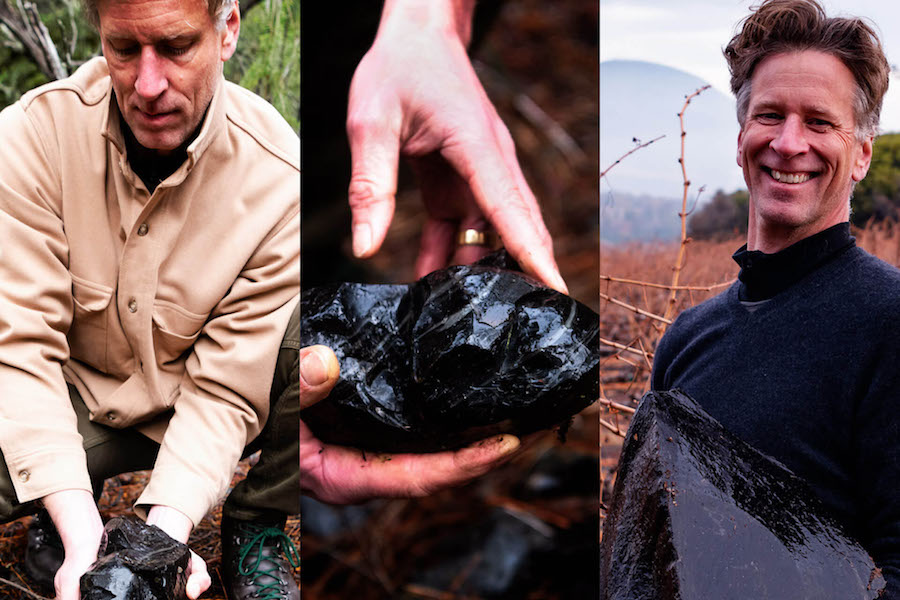 Due to its high elevation, careful irrigation is essential during Lake County’s hot and relatively short growing season.

Terrien and Beloz have increased irrigation and soil nutrition in recent years. The healthier vines have delivered richer flavors and softer tannins than in the iron-clad early vintages. The 2015 estate Cabernet Sauvignon is in the classic mode, which shows big, ripe fruit and rich tannins. The higher-priced Half Mile Cabernet Sauvignon, which is grown at 2,640 feet above sea level, tastes even more concentrated and opulent. 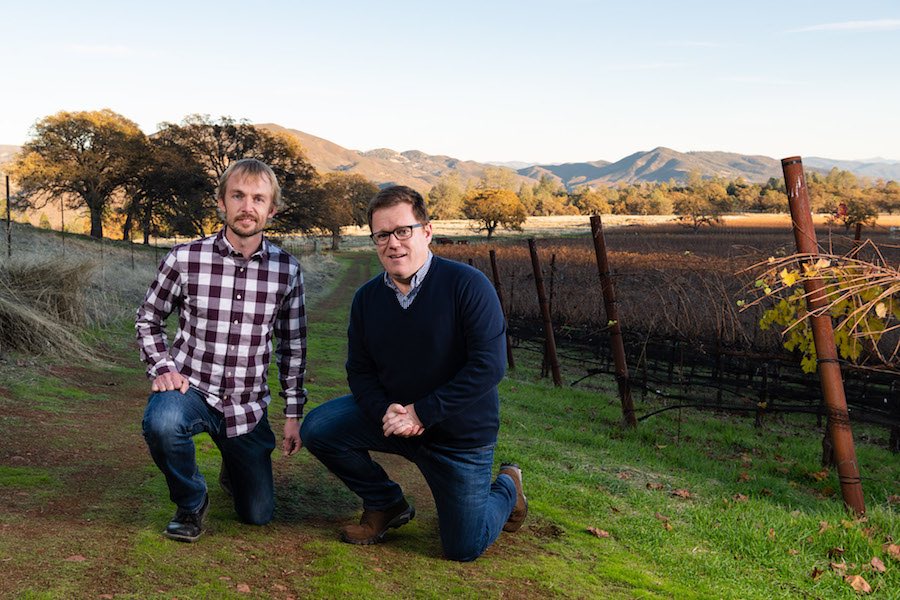 Kaj Ahlmann is a mathematician and former corporate executive. He moved his family from their native Denmark to Kansas in 1993. Envisioning an exit from the corporate world, Ahlmann wanted a big country property where he and his family could live and grow wine grapes.

A 4,300-acre cattle ranch off the beaten track in Lake County turned out to be just the place.

“I sort of sharpened my pencil as I saw 20 different properties in Napa, Sonoma and Mendocino,” says Ahlmann. “When I came here, I knew the volcanic soils, the elevation and the slopes were ideal.”

Ahlmann and his wife, Else, bought the property in 2000 and named the sprawling estate Six Sigma, a nod to the management methodology that he mastered at GE’s reinsurance group. Their son, Christian, is now vice president of the ranch.

“It reminds you of Spain,” says Christian. “It has that hot-day, cool-night, high-altitude thing.”

The reference to Spain is fitting, as Kaj wanted to grow and make Tempranillo since he planted the first vine blocks. 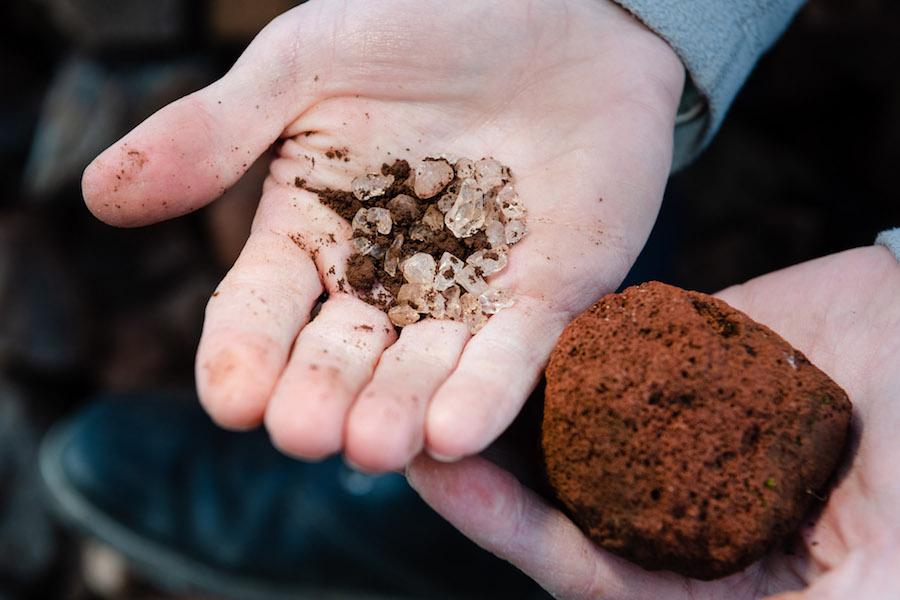 “I simply didn’t dare to plant too much of it at the beginning because you had to explain to everyone what it was,” he says.

Today, Six Sigma grows 40 acres of wine grapes at elevations between 1,400 and 1,700 feet across four sites on the expansive ranch. Christian’s Vineyard is where the first Tempranillo vines were planted. The reddish volcanic soil is rich with iron and studded with “Lake County Diamonds,” or quartz crystals embedded in the volcanic rock that have broken free and glint in the sun between vine rows.

Arguably the best wines made from the estate, however, are Cabernet Sauvignons. The Else’s Reserve is dense and chocolaty, easy to compare to better-known brands from Napa Valley. 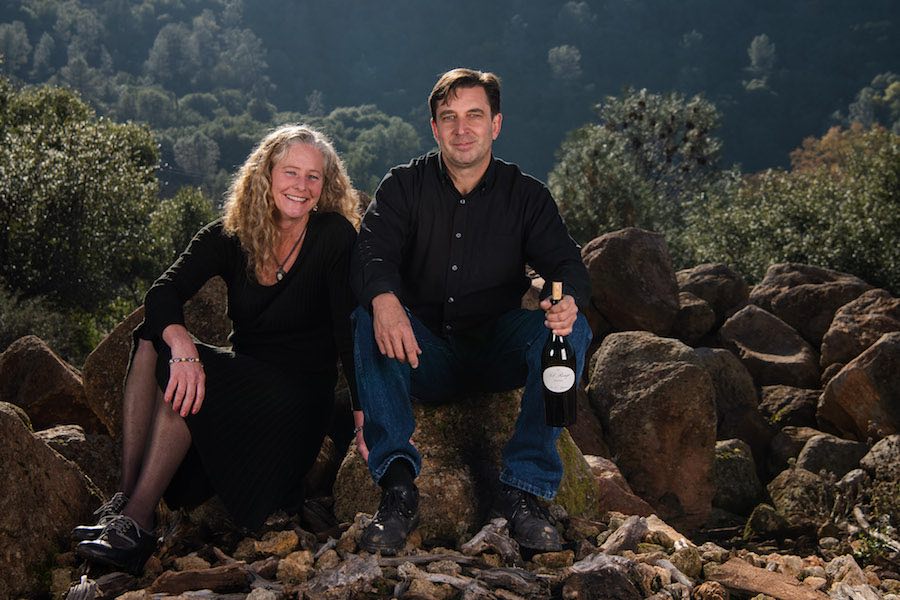 When Bryan Kane, co-owner/winemaker of Sol Rouge, is asked if the volcanic soil in his estate vineyard creates a volcanic flavor in the wine, he dismisses the thought.

“I don’t think so,” he says. “I don’t taste it. I think that [the soil] makes you able to control your grape growing much better.”

The six acres of vines that Kane and co-owner Jill Brothers bought in 2005 and planted in 2006 on a steep slope in the Red Hills Lake County AVA struggled to thrive, even with drip irrigation.

Eventually, however, the vines put down roots, and that initial struggle has apparently paid off handsomely. The 1,200-case operation has earned 90–94 points for 32 of its 39 Lake County wines to date. It’s a list that includes Estate Syrah, Grenache, Mourvèdre and Cinsault, plus Zinfandel, Petite Sirah, Cabernet Franc and Cabernet Sauvignon.

The 70-acre property is perched on a lower slope of Mount Konocti, and it provides Kane and Brothers plenty of room for a planned expansion of vines. Kane makes the wines at a nearby production cellar, many of which are offered in a tasting room on Treasure Island in the middle of San Francisco Bay, three hours away by car.

His wines offer generous flavors and nicely rounded textures. Kane says he chooses harvest dates based on the taste of the grapes, performs native yeast fermentations, ages in French oak with no more than 25% new barrels and racks the wine as little as possible.

It’s these non-interventionist methods that help to fully express the quality of the grapes, he says.