At its core, the nature of Lake County is explained by its wide spectrum of geologic formations. In places, the monumental forces of colliding continents have exposed deep ocean floor rock where serpentine is found. Those same forces have caused folding and uplift of Great Valley Sequence (characteristic of California’s Central Valley), resulting in sandstone and shale. And right under these formations, volcanic processes have broken through the surface and laid down a new landscape. 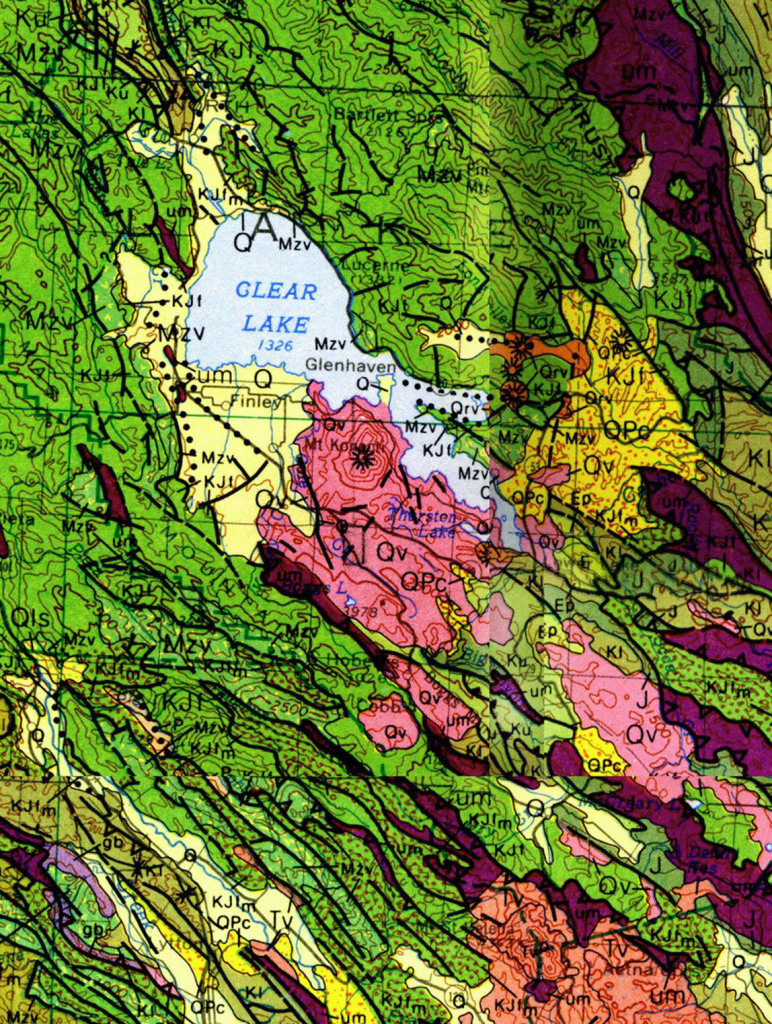 Volcanic hillside soils dominate in the Red Hills and the High Valley AVAs. These soils are characteristically gravelly or rocky and very well-drained. Examples include Aiken, which formed on basalt; Arrowhead, which formed on obsidian; and Soda Bay, which formed on scoria, the porous red gravel used in landscaping. Lake County hillside volcanic soils are red, a color often associated with old, highly weathered soils. However, the Clear Lake volcanics are recent in geologic origin. The scoria formations near High Valley and the lower arm of Clear Lake are as young as 10,000 years.

Glenview-Arrowhead complex was formed on obsidian.

Hillside soils formed on sandstone and shale are found on mountains thrust up from an ancient sea floor. These soils are well-drained and frequently shallow, with underlying sandstone found at a depth of two to four feet. These soils are yellowish-brown in color and well-suited to red grape varieties. Common soil types include Maymen, Mayacama, and Hopland.

Alluvial terraces were formed by a combination of geologic uplift and river down-cutting, resulting in a relatively level and well-drained landscape. These terraces are found throughout Lake County, circling valleys and Clear Lake. Many of these soils have weathered to a deep reddish color, leaving a lean soil well-suited to wine growing. Some of the Lake County soils formed on alluvial terraces include Jafa, Forbesville, and Manzanita.

Mountain valleys around Clear Lake, including Big Valley District, Upper Lake Valley, Clover Valley, Bachelor Valley, and Scotts Valley, are level with deep alluvial deposits. The soils often have layers with differing gravel content and amounts of sand, silt, and clay, created by the movement of stream courses in the past. Well-drained alluvial soils found in these areas include Still, and Lupoyoma loams, which produce some of Lake County’s famous Sauvignon Blancs.