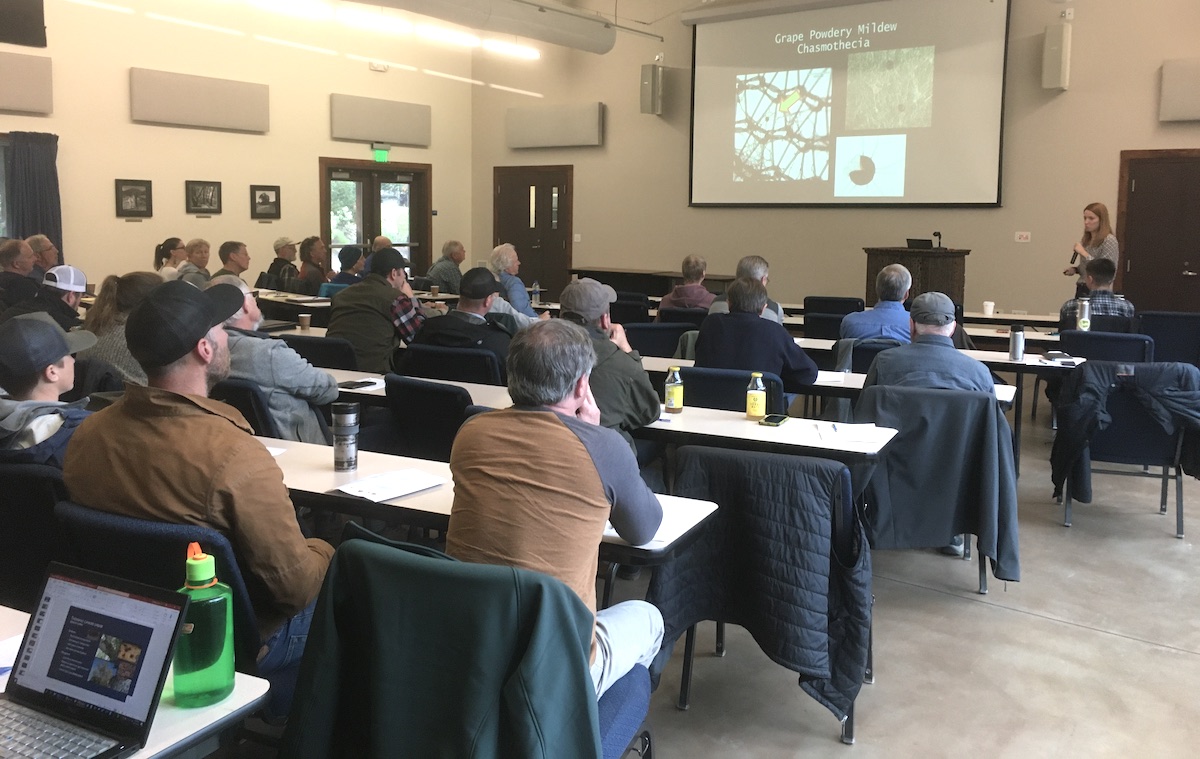 More than 60 growers, vineyard consultants, and pest control advisers gathered at the UC Hopland Research and Extension Center on December 13 for an update on a broad range of pest management topics at the annual UCCE Lake and Mendocino IPM Seminar.

The meeting provided a total of 6.5 CE hours for cardholders from DPR. Thanks to many sponsors of this event and those who helped put it on: UC IPM, UCCE Mendocino/Lake, Lake County Winegrape Commission, Mendocino County, Mendocino College, and UC HREC.