Lakeport, Calif. April 14, 2016 – Sauvignon Blanc was an important area of focus at Momentum 2016, Lake County’s annual wine industry seminar which took place at the Soper-Reese Theater in Lakeport on Wednesday, April 6. The sold-out event featured a lineup of prestigious speakers and industry luminaries, who took stock of the market for Lake County–grown winegrapes and offered insight into trends and opportunities for Sauvignon Blanc, Cabernet Sauvignon and other varietals grown in this part of California’s North Coast wine region.

During the event, Andy Beckstoffer, the widely respected founder and chairman of Beckstoffer Vineyards, made an impassioned case for Lake County becoming world-class “wine country.” Comparing the county to Napa Valley in the 1970s, Beckstoffer posed that Lake County has “an outstanding opportunity” to achieve the kind of recognition bestowed on other great wine-growing regions. The celebrated grower has invested significantly in Lake County vineyards and has recently taken steps to encourage talented winemakers to produce exceptional quality Cabernet Sauvignon from his Red Hills vineyards. 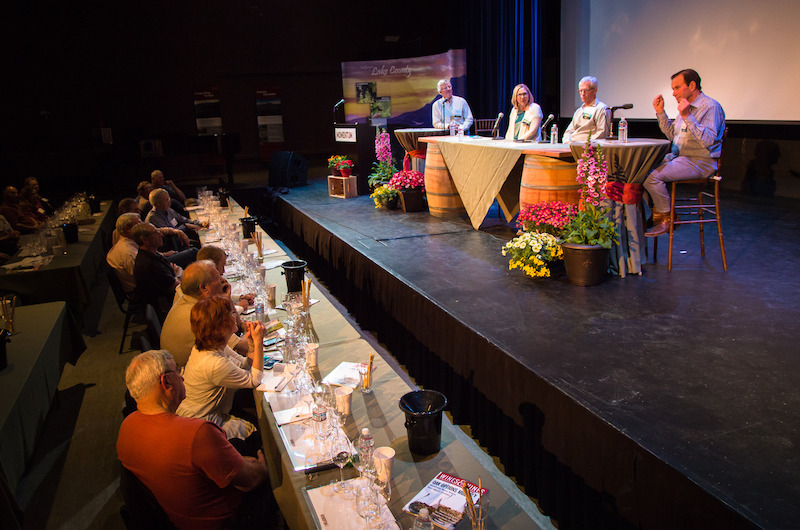 Momentum 2016 opened with a “State of the Lake County Wine Industry” presentation by Glenn Proctor of Ciatti Global Wine & Grape Brokers. Proctor explained the supply-and-demand dynamics before and after the 2015 harvest and showed how various wine varietals grown in Lake County compare to other regions, other vintages. He noted that supply is becoming tighter as “wine buyers become buyers again,” which could lay the foundation for higher prices. He also explained the concept of “appellation migration,” when buyers are forced – often by supply-price dynamics – to move up or down the “appellation pyramid” from a more narrow appellation like Napa Valley to a broader appellation like North Coast or vice versa. 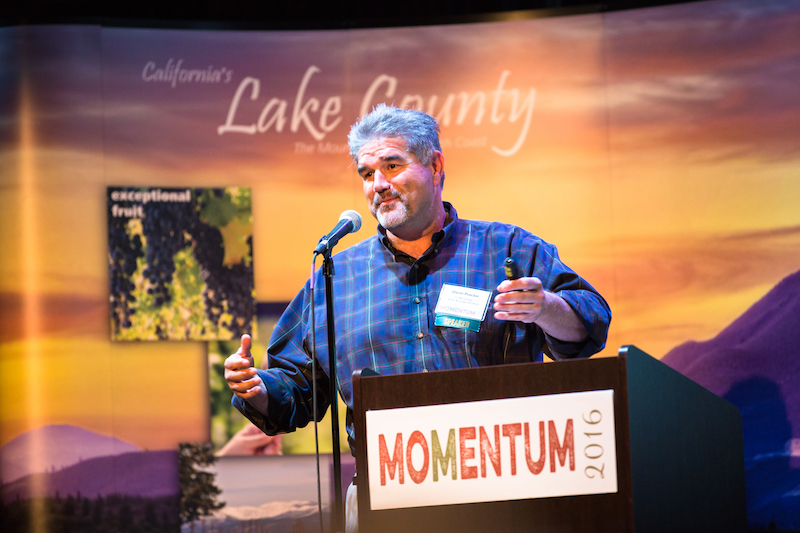 Glenn Proctor of Ciatti Global Wine & Grape Brokers noted that the winegrape market has recently turned from “long” to “balanced.” He noted the 2015 harvest saw yields significantly down throughout much of the state with Napa and Sonoma yields each down 29 percent while Lake County yields remained steady. (Photo by Nathan DeHart.)

What’s in a Wine Region?

Following Proctor’s presentation, Jim Gordon of Wines & Vines and Sara Schneider of Sunset Magazine joined Paul Wagner of Balzac Communications for a panel discussion titled, “What’s in a Wine Region?” The panel responded to Beckstoffer’s comments by exploring questions around how a growing wine region like Lake County can become “wine country.” The panel touched on topics such as communicating a consistent message and telling a story that resonates with consumers and wine buyers.

Panelists agreed that for Lake County to become a viable wine destination, community support would be vital. Several high-quality hotels and restaurants are needed to encourage tourists to stay overnight or spend a weekend. Beckstoffer recalled that there was just one good restaurant in Napa when he arrived in the early 1970s and very few places for people to stay. Panel members further discussed examples of wine country destinations such as Paso Robles, and even Boonville where the opening of one high-quality hotel in that winegrowing region helped to jumpstart the town’s tourism cachet – and its economy. Panelists suggested a similar model could apply in Lake County. They noted that in many ways Kelseyville is like Healdsburg was 15 years ago, a quaint and as-yet-undiscovered town with great potential.

The Dynamics of Sauvignon Blanc

The event wrapped up with a lively discussion focused on Sauvignon Blanc, including research presented by Christian Miller of Full Glass Research. Miller noted that among winegrowing regions in California, Sauvignon Blanc is more strongly associated with Lake County than any other region. In research conducted by Full Glass Research in 2014, 72 percent of survey respondents agreed or strongly agreed that “Lake County has developed a distinct style of Sauvignon Blanc.” This view was affirmed by several of the panelists: Kat McDonald, winemaker at Art+Farm, Deborah Parker Wong of The Tasting Panel and the aforementioned Sara Schneider.

The high quality and identifiable character of these wines inspired discussion about the potential for an even stronger association in the mind of consumers between Lake County and Sauvignon Blanc. Could Lake County be considered the benchmark for Sauvignon Blanc in California? McDonald, the winemaker on the panel, certainly felt this was a possibility. She praised the region’s growers for producing exceptional Sauvignon Blanc, and she encouraged growers to bravely embrace their great heritage with this special winegrape. 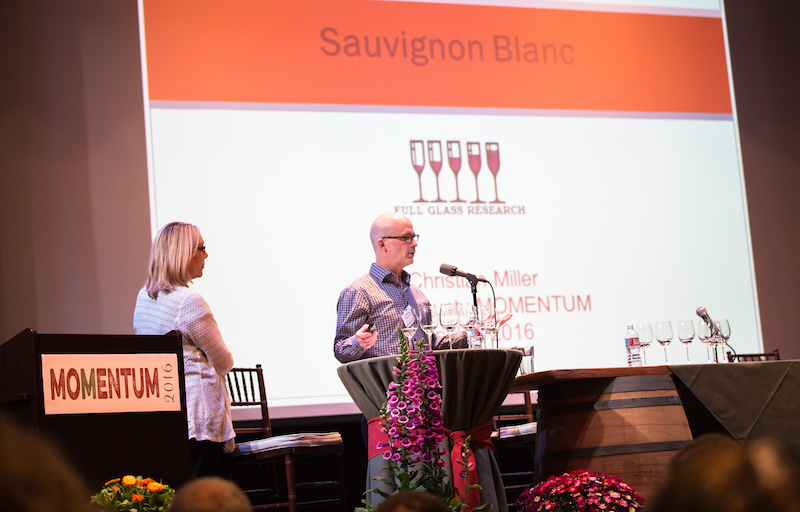 See Momentum 2016 for more information, including presentations from the event.