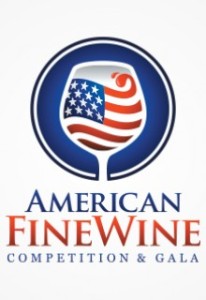 KELSEYVILLE, CA – Lake County wines are among the top award winners at this year’s American Fine Wine (AFW) Competition, one of the most prestigious wine contests in the nation, this month in southern Florida. The honors include Best of Class captured by Sol Rouge Winery’s “Gypsy Rouge” and several double gold, gold and silver awards to Lake County vintages.

The wins caught the eye of the competition’s co-founder Monty Preiser, a wine and food writer and co-publisher of Preiser Keys to Napa and Sonoma. “Over the years, we have had a number of world-class wines from Lake County win high medals at the American Fine Wine Competition. While the earliest wines were usually Sauvignon Blancs, the winemakers in the county have matured and are producing other quality varietals,” Preiser said.

“To my mind, this area may be the best Rhône-producing region in the country – just witness the Double Gold medals of the VIE Roussanne, the Sol Rouge Red Rhone Blend (Gypsy Rouge), and the luscious Sol Rouge Petite Sirah. Kudos to winemaker Bryan Kane, who made all three and is taking Lake County to another level,” Preiser added.

Sol Rouge, a Lake County winery, won the second highest number of medals in the seventh annual AFW competition, according to winemaker Kane. V. Sattui Winery of Napa, which makes more than twice as many wines as Sol Rouge, was the only winery to garner more medals.

“I went to the award ceremony in Napa with all the Napa and Sonoma winemakers,” said Kane, “and I was called up to the podium almost every other category. It was a bit embarrassing – a little unknown Lake County winemaker winning the second most number of medals, including the Best in Class for Red Rhône Blends for our 2010 Gypsy Rouge, which also came in fourth place for Best in Show.”

The Winery SF’s 2010 Cabernet Sauvignon – technically a Lake County wine, according to winemaker Kane – won double gold and was selected Best Cabernet Sauvignon in America under $25, which also happens to be the same award it captured in the San Francisco Chronicle Wine Competition this January.

Complete results from the American Fine Wine Competition are online at: www.americanfinewinecompetition.org.