An Integral Part of Lake County’s Past, Present, and Future 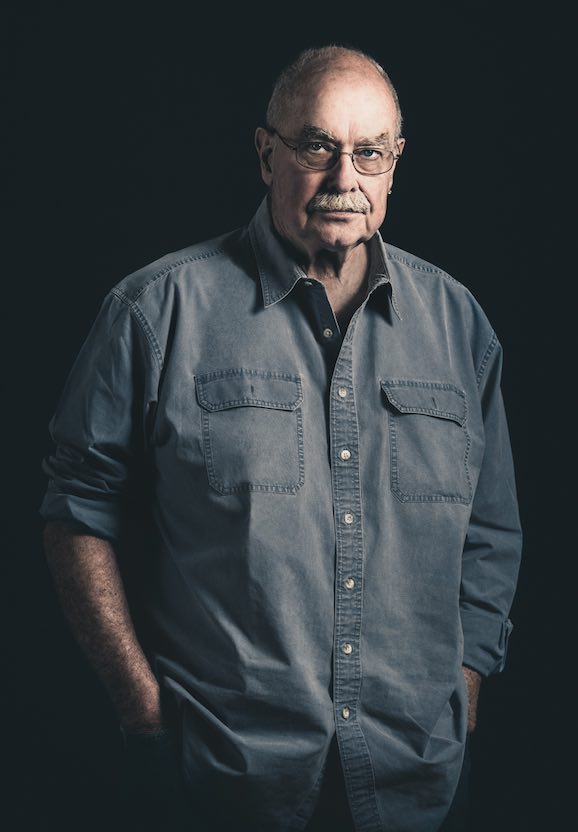 Jed began his winemaking career working in the cellar at Stony Hill Winery in Napa Valley before obtaining his master’s degree in enology from UC Davis in 1974. He spent the next eight years as the winemaker and vineyard manager at Edmeades Winery in Mendocino County’s Anderson Valley before a phone call altered the course of his life and career, leading him to Lake County.

Fetzer winemaker Paul Dolan was on the other end of the line, urging Jed to join a startup winery in Lake County called Kendall-Jackson. That resulted in a meeting between Jed and Jess Jackson, owner of the fledgling winery. The pair huddled over hamburgers at the Gaslight Grill in Lakeport. “I was very impressed with him,” Jed recalls.

Soon, Jed set off on an adventure that is still unfolding. He was heavily involved as Kendall-Jackson bloomed over the first nine years of its existence. Kendall-Jackson Chardonnay became a favorite of first lady Nancy Reagan, who insisted on it being served at the White House. Word of her preference for K-J Chardonnay got around when Pulitzer Prize-winning San Francisco Chronicle columnist Herb Caen wrote a piece in which he referred to the Chardonnay as “Nancy’s wine.”

But as Kendall-Jackson’s size grew in proportion to its fortunes, Jed chafed at the shift toward a more corporate environment. “Going to board meetings and having to wear a tie all the time didn’t sit comfortably with me,” he says. After nine years with Kendall-Jackson, Jed decided to strike out on his own. He considered Napa, Sonoma, and Mendocino, but realized he already was where he wanted to be: Lake County.

Leasing Lower Lake Winery, Steele Wines launched in 1991. Five years later, Jed purchased the former Konocti Winery facility and moved production to Kelseyville. Over the years, he has been an integral player in the region’s winemaking resurgence.

Lake County’s viticulture and winemaking history trace to the 1870s. By the early 1900s, Lake wines were gaining international recognition. But Prohibition threw the industry into a tailspin. Vineyards were plowed under. Pear and walnut orchards sprung up, thriving on the rich soil in the county lowlands.

In the 1960s, demand for grapes began to soar, and vineyards re-emerged. But interest did not immediately correspond with success in Lake County winemaking’s second act. “Soil that’s good for pears is not necessarily good for grapes,” Jed explains. “For some white grapes, it’s fine. But for most reds, it’s a little too heavy..”

Fortunately for Lake County’s resurging wine industry, the region features a range of soils and terrains, much of it created by volcanic activity thousands of years ago. Soils in the uplands – the Red Hills, High Valley, the upper areas of Kelsey Bench – were formed from relatively recent lava flows, providing a base from which reds can thrive. As winegrape growers recognized this, they gradually planted vineyards in these locations and the resulting grapes began to attract interest from winemakers.“So once that change started to happen,” Jed says, “the quality of the wines increased significantly.”

When Jed began planting for his own winery, Bordeaux and Rhone varieties were instant winners and they continue to be successful. Seventy percent of the grapes his winery uses today are harvested in Lake County.

“It’s a really good place to grow grapes,” Jed says. “The soils are great. The land is still, compared to neighboring counties, relatively inexpensive. So it’s a great investment for a lot of wineries who tapped out in Napa and Sonoma. Lake County still remains a location where people can grow good-quality grapes very economically.”

In addition to inspiring Lake County grape growers, Jed has also influenced and mentored several winemakers in the region. He continues to accrue accolades and provides a benchmark for the ever-increasing quality of Lake County wines. In these and many other ways, Jed embodies the past, present, and future of Lake County winemaking.