Mitch and Tracey Hawkins and the Boies Family are the proprietors of Hawk and Horse Vineyards. Its mountain vineyards are situated at elevations up to 2,200 feet in Lake County. Hawk and Horse Vineyards is also home to cattle, competitive rodeo horses, and an enormous range of wildlife, from red-tailed hawks and owls to bear, wild boar, bobcats, mountain lions. The ranch has a plaque documenting the historical location of El Roble Grande, the largest Valley Oak ever recorded in California.

Tracey and Mitch farm 18 acres of Cabernet Sauvignon, Petite Sirah, Cabernet Franc, and Petite Verdot. Their first release was a 2004 Cabernet Sauvignon, which received a gold medal in international competition. In every vintage since then the winery has received gold, double-gold, or platinum medals and ratings well into the 90s.

The owners attribute their success to unique terroir and biodynamic farming, along with an old-world, hands-off approach to winemaking. Hawk and Horse Vineyards has farmed its vineyards organically and biodynamically from day one. They have been California Certified Organic (CCOF) since 2004, and Demeter Biodynamic certified since 2008. 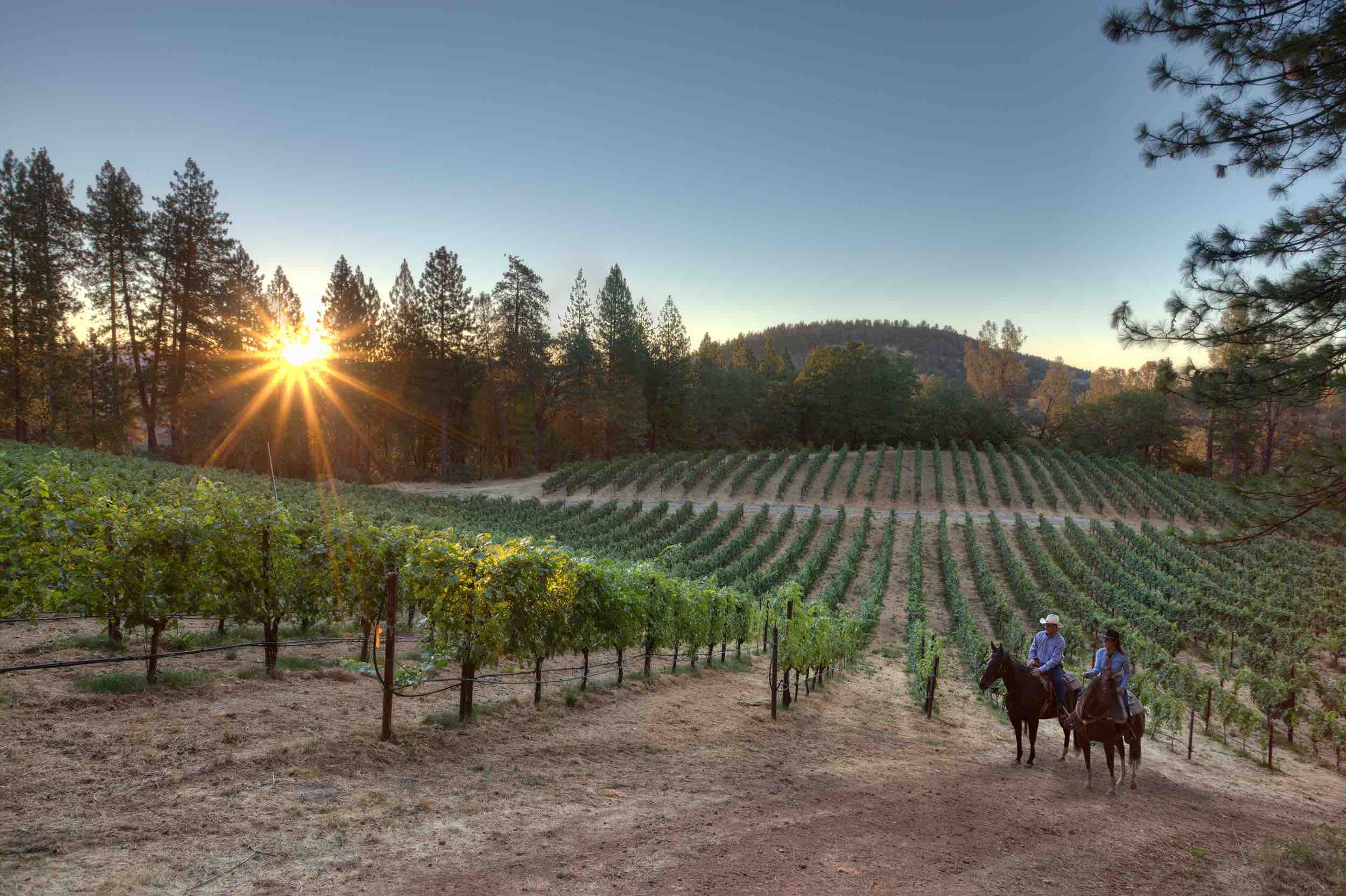 Biodynamic farming is a method of working the land in harmony with the dynamic forces of the cosmos and elements of nature, including earth, light, heat, and water. Developed by Rudolph Steiner (1863 – 1925), the method is outlined in a series of lectures he delivered in Europe in 1924. “Biodynamic farming practices enable us to increase the vitality of our soil, promote the health of our vines, and optimize the overall quality of our fruit using only the cleanest and most natural preparations,” Mitch and Tracey explain.

“We believe that wine is made in the vineyard. Therefore, it is fundamental to farm our land in the very best way possible. Biodynamic farming is a natural complement to growing wine grapes of the highest excellence, bringing out the deepest expression of our terroir,” they add.

Biodynamic farming, which means biologically dynamic, has become a quality standard and is represented by a growing trend of new world and old-growth vineyards following this stringent farming practice.

While biodynamic farming differs from organic farming, the two methods complement each other. Both increase soil and plant health without use of conventional chemical preparations. However, biodynamic farming views the soil as an integral part of the symbiosis between planet, air, and cosmos. A detailed understanding and use of seasonal influences are central.

Perhaps the most controversial aspect of biodynamic farming is the belief that the cosmos plays upon the earth and influences growing. We all understand the effect of the moon on tides and even the human reproductive cycle. For those who subscribe to biodynamic principles, it is evident that the earth and the plants it supports are not separate from celestial influences.

Biodynamic preparations are much more specific and concentrated than organic preparations and are used more sparingly – often as a kind of fortified “tea” – to enliven the soil and vitalize the plant. The three main preparations are cow dung compost for the soil, “horn dung” for the roots, and “horn silica” to aid photosynthesis.

The compost is added to the soil in the early winter or late fall to provide nutrients, similar to organic fertilizer. “Horn dung” is simply cow manure packed in a cow horn and buried in the ground during the winter. This process increases the bacterial content significantly. It is then mixed with water and applied to the soil as a tea. The bacteria in the horn dung work to aid the plant in up-take of nutrients in the soil. “Horn silica” is a finely ground silica or crystal packed in a cow horn and buried in the vineyard over the summer then diluted and sprayed on the plant and leaves to aid in photosynthesis.

The cornerstone of Hawk and Horse Vineyard’s biodynamic program is the production of its own vineyard preparations. Cow dung is the key ingredient in the most important applications. This necessitated the addition of cattle to the ranching operation.

After careful research, Mitch and Tracey selected the Scottish Highland breed. The Highland is an ancient breed known to have grazed the rugged Scottish landscape since the sixth century. The oldest registered breed of cattle, these striking creatures are highly desirable animals noted for their ease in calving, high quality beef, and superb hides. They are also known for their gentleness and intelligence as well as their distinctive and beautiful appearance. They add a sense of loveliness and grace to the landscape. 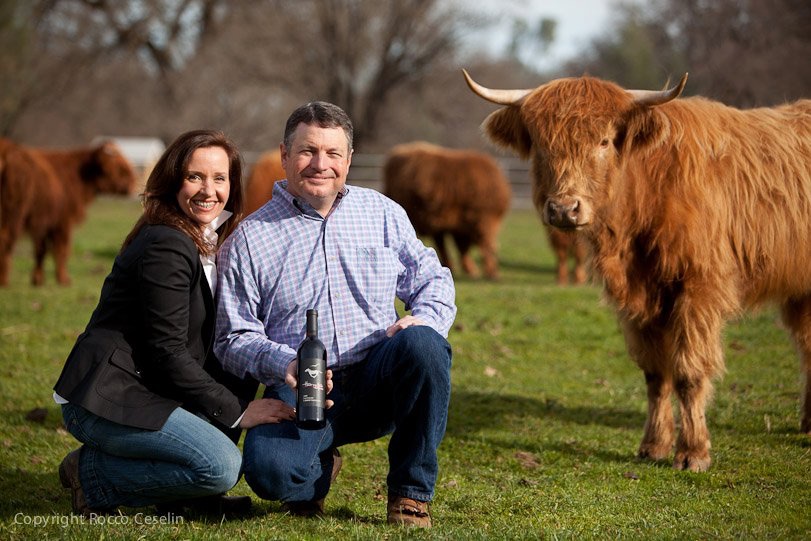