When volcanoes last erupted in Lake County, people had just migrated to this region. That was 11,000 years ago. Still, in geological time, that’s recent. The area around Mount Konocti bears evidence of this volcanic activity, including its famous red soil and ubiquitous obsidian rock.

Today, those rocks gleam in the sun, their shiny silica surfaces reflecting their origin – and lend their name to the business Peter Molnar helped build alongside partner Michael Terrien, brother Arpad, and their family: Obsidian Ridge Vineyards. Read more about Peter Molnar.

Dave Rosenthal’s parents, Janet and Pat, arrived in Lake County roughly a half-century ago on an unlikely mission to make wine. The couple bought an abandoned vineyard two hours from home and drove there every weekend, first to repair the property, then to harvest it.

Dave was in high school when his parents took the leap. “They had zero background,” he said. “They bought a general viticulture book and read it chapter by chapter. They basically did everything three or four times, learning as they went.” Read more about Dave & Monica Rosenthal.

Myron Holdenried’s roots in Lake County stretch as far and deep as those of the California black oak that populate his home ranch. Great sweeps of history were shaping America when Myron’s ancestors came to Lake County from Kentucky in the 1850s. Some five generations later, Myron remains in Lake County, tilling the soil in the county where his family settled near Kelseyville. Read more about Myron Holdenried. 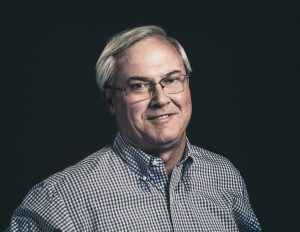 More than three decades removed from his graduation from Stanford University with an industrial engineering degree, David Weiss retains the attention to detail that established him as a leader among growers. After leaving Stanford, David remained in the Bay Area working in the tech sector in engineering management and project finance for 11 years. In 1993, a European family offered him a job managing Quercus Ranch in Kelseyville, thus prompting his relocation to Lake County. Read more about David Weiss. 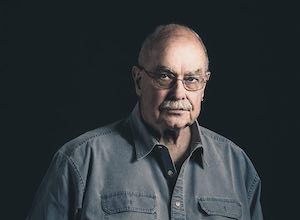 Jed Steele’s pioneering roots in Lake County winemaking sprawl across the North Coast wine region and span five decades. Jed began his winemaking career working in the cellar at Stony Hill Winery in Napa Valley before obtaining his master’s degree in enology from UC Davis in 1974. He spent the next eight years as the winemaker and vineyard manager at Edmeades Winery in Mendocino County’s Anderson Valley before a phone call altered the course of his life and career. Read more about Jed Steele. 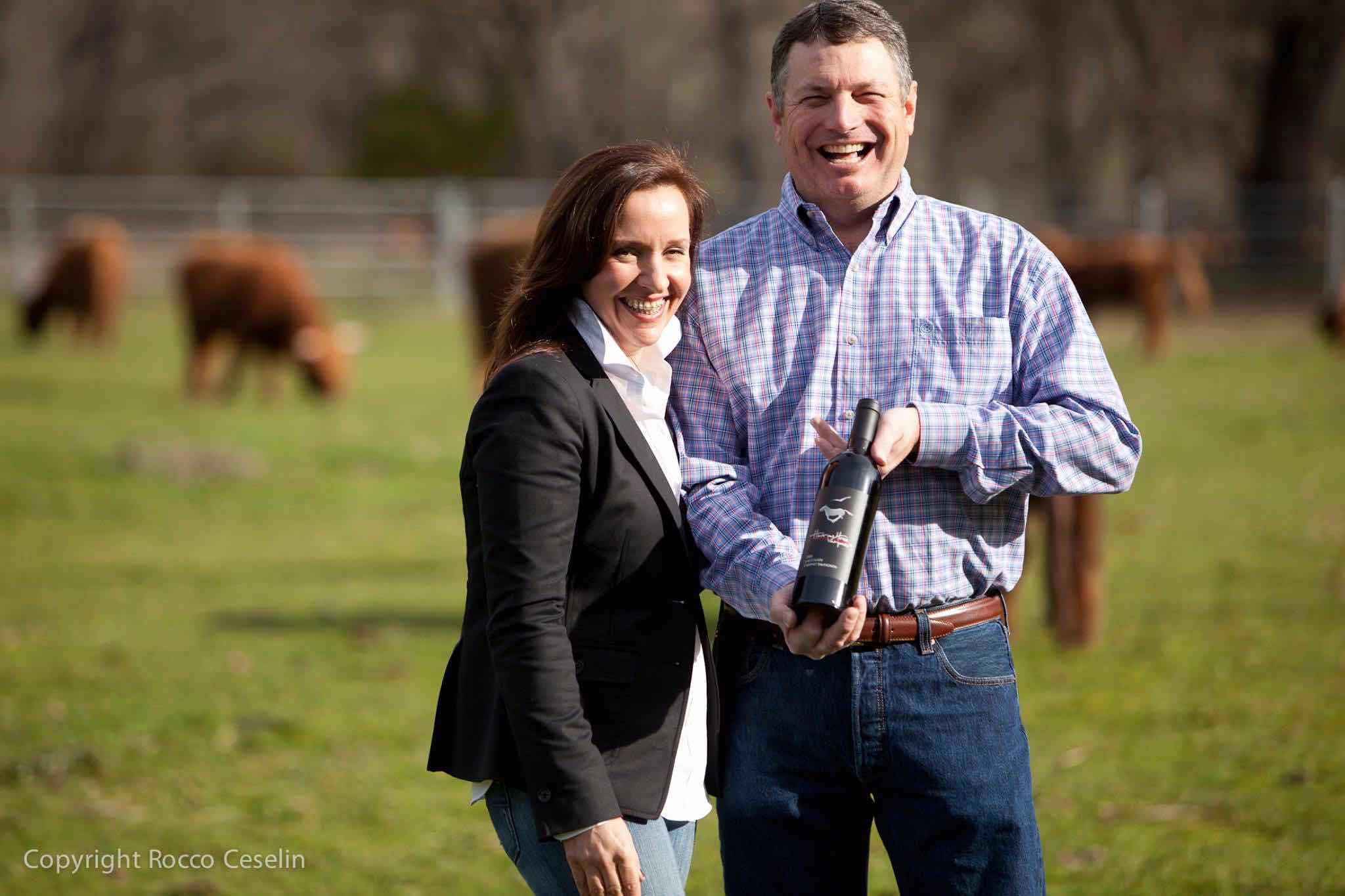 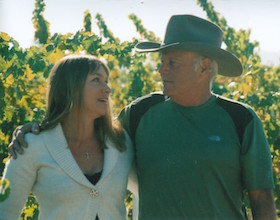 The Bartolucci family has been growing winegrapes in California since 1921. It was then that Andrea Bartolucci, who had emigrated from Italy only a few years before, purchased his first vineyard. Since then, a passion for the land and for winegrape growing has been passed down from generation to generation. Preserving and sustaining the quality of the land is something the Bartoluccis take very seriously. Read more about Bartolucci Vineyards. 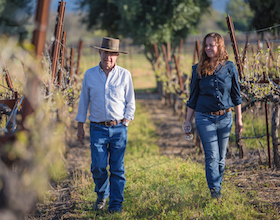 Cultural experiences often have lifetime influences on people. For Bernie Luchsinger, owner of Luchsinger Vineyards (along with Pilar Luchsinger White), the social aspects of friends and family gathering to share a glass of wine, coupled with the widespread acceptance of wine as a social activity in Chile, where he was born, were factors that inspired his love and appreciation for wine and the wine industry. Read more about Luchsinger Vineyards. 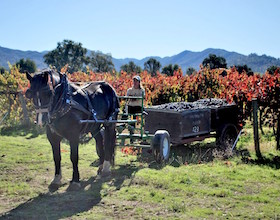 This story, which brings together winegrapes and draft horses, begins with a married couple, the pursuit of a dream, a ranch in Alexander Valley, and four French Percheron horses that needed rescue. It’s the story of Elk Mountain Vineyard. “We purchased the ranch for the horses,” says Dana. As it turned out they had bought a vineyard with thirty acres of Sauvignon Blanc in a world-class region for the varietal. Read more about Elk Mountain Vineyard. 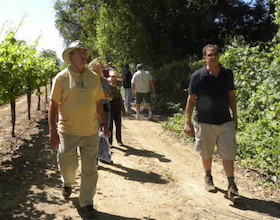 In 2006, Chris and Christine Schlies acquired nearly 30 acres (now Sandy Bend Vineyard) in Upper Lake, Calif. They have made a commitment to sustainable winegrape growing. The Sandy Bend Vineyard is located along Middle Creek in Upper Lake. It was previously a walnut orchard. Today it includes 4-1/2 acres of Muscat, about 1/2 – 2/3 acres of Sauvignon Musque, and a little more than 24 acres of Sauvignon Blanc. Read more about the Schlies family.