When Glenn McGourty arrived in Lake County in the 1970s, he was immediately smitten. “I was blown away at how special it is,” he recalled recently. “It’s just a beautiful place—unusual geology and native plants in this striking mountainous landscape.”

More than three decades later, Glenn’s love for Lake County is as strong as ever. The region is part of him, and he is an important part of it – both its past and its future.

Glenn is retiring as the Winegrowing and Plant Science Farm Advisor for Lake and Mendocino Counties for the University of California Cooperative Extension. He has held the position since September 1987.

“I’ve really enjoyed working with people in Lake County,” Glenn says. “You know exactly what they’re thinking. They’re upfront and honest. They are farmers at heart.” 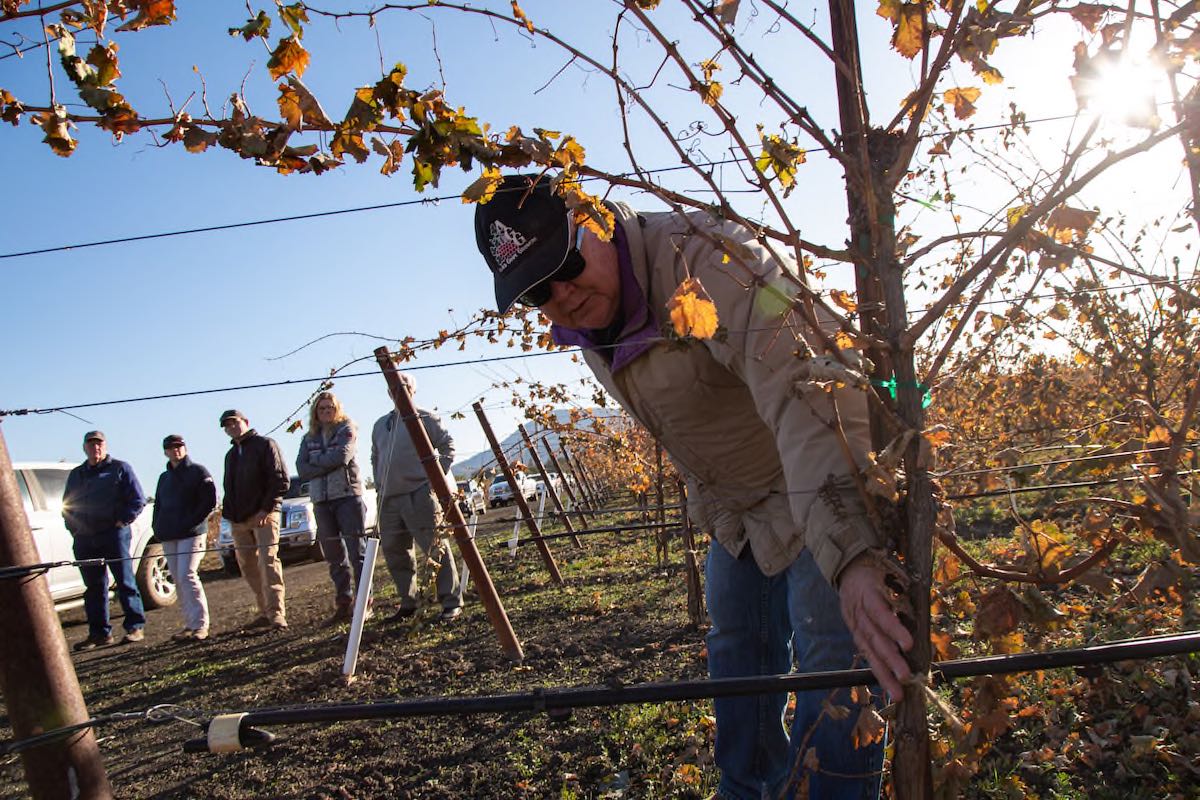 Glenn has been involved in science and agriculture his entire life. His family owned a walnut farm in Paso Robles. And when Glenn left for college, he focused on plant science, earning a bachelor’s degree in botany at Humboldt State and a master’s degree in plant, soil, and water science at the University of Nevada Reno.

Out of college, he worked as an urban horticulturist in Las Vegas, applying the principles of science to help city dwellers with urban landscapes and gardens. It’s a theme that continued throughout his life. Today, he describes his career as being a “go-between,” linking farmers with science to help them become better agriculturalists and stewards of their land.

Glenn credits the University of California for its vision in this area. Since its founding in 1868, UC has generated valuable agricultural research and used that knowledge to revolutionize the state of California as an agricultural leader in the world.

Nevertheless, over a century ago, a gap remained between the research and those most in need of its benefits: farmers.

“Someone came up with a brilliant scheme, which is that we needed a connection,” Glenn says. “We should have UC people that are really familiar with research-based scientific information, and they should work directly with farmers and the community. They should move into the community, become part of it, and work with the farmers to help them become better agriculturalists. And that’s how Cooperative Extension was formed.”

Glenn is part of a third generation of farm advisors who started their careers in UC Cooperative Extension in the 1970s and 1980s. Now, he is readying to make way for a fourth.

“I’ve been at it for 32 years,” Glenn said, “My job has been to bring information to the local community from other places where research has been done and to advise the growers with appropriate research-based information.”

Focus on Sustainability and Organic Farming

“What makes a UC farm advisor so special,” Glenn explains, “is that our work is based on scientific knowledge, not conjecture or opinions. We are also very focused on local conditions and farming challenges.”

That approach has earned him a welcome place in the Lake County farming community. His combination of knowledge, geniality, and empathy with farmers – he is a grower himself – has made him an asset whose contributions are appreciated and will be missed.

Glenn’s accomplishments are wide-ranging, including groundbreaking research on the effects of smoke on grapes, work on an erosion prevention education committee, spearheading an annual seminar on the latest integrated pest management research, speaking on topics such as irrigation, powdery mildew, vine hardening, and countless other efforts that have aided winegrape growers and helped protect the land.

He is known for his support of organic and sustainable farming, particularly in winegrowing. In fact, he applies those principles to his own 10-acre winegrape and walnut farm on the Russian River. There he farms with the sustainable practices he has taught growers in Lake County and Mendocino for many years.

He also is a champion of Lake County wines, especially Sauvignon Blanc and Cabernet Sauvignon, for which Lake County is developing worldwide acclaim. He also loves Mediterranean cultivars such as Sangiovese, Grenache, and Tempranillo, which grow very well in the high-elevation vineyards of Lake County.

Through his career, the core of Glenn’s mission – bringing the principles of science to the practice of agriculture – has never wavered. Nor has his commitment to the farmers, especially the winegrape growers in Lake County, as evidenced by his parting advice for them.

“Believe in yourselves,” Glenn says. “It’s awesome what Lake County has created. It hasn’t always been easy. The work takes time, and you have to prove you can be successful and consistent, year after year, particularly in the wine world. But the growers in Lake County are doing that.”

The Lake County Winegrape Commission thanks Glenn for the many years of service and dedication he has provided to the growers of Lake County. We wish him the very best in his retirement and the adventures that await. 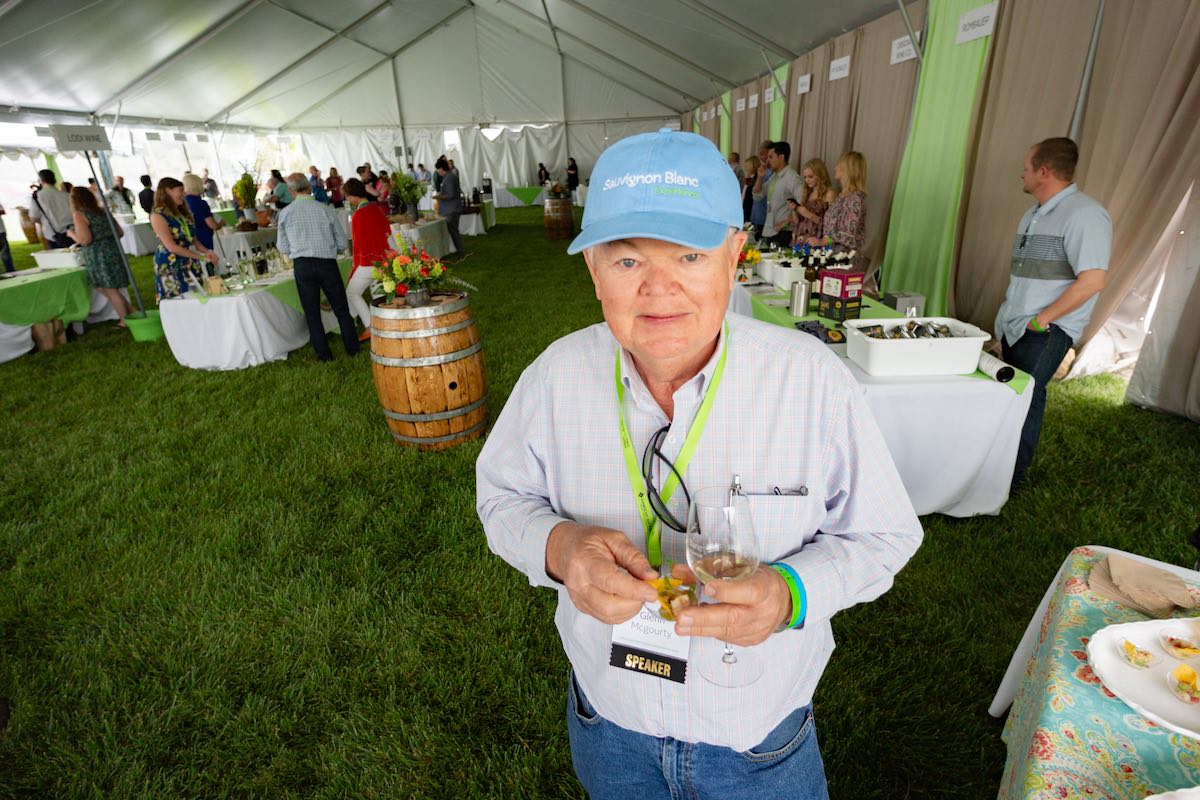 Farming One of the Largest Organic Mountain Grown Vineyards