2019 Harvest Gets Underway in Lake County

Kelseyville, Calif. August 28, 2019 – The 2019 Lake County winegrape harvest is underway and growers in the high-elevation winegrowing region are once again pleased with this year’s growing conditions and optimistic about the grape quality.

Many of the region’s growers and vineyard managers are anticipating an earlier-than-normal harvest, which was unexpected given the region’s wet spring and relatively cool early season temperatures. However, by midseason, more normal temperatures prevailed, making for consistent, and in some cases, even early ripening.

“It’s been a really beautiful growing season,” said Debra Sommerfield, president of the Lake County Winegrape Commission. “After a cool start, Lake County has had moderately warm, clear days throughout the summer along with its typical elevation-induced nighttime cooling. Growers couldn’t have been more pleased.”

While a few vineyard owners started picking late last week, harvest is steadily getting underway this week with the region’s flagship white varietal – Sauvignon Blanc – being picked in many growing areas.

In the region’s Big Valley District AVA in Kelseyville, Dancing Crow Vineyard was one of the first to harvest its Sauvignon Blanc on Monday night.

“The late season rains have produced excellent vine growth with fairly loose clusters that have sized nicely,” said David DeSante, winemaker for Dancing Crow Vineyards. “The whites are coming on fast due to this hot snap,” he said. “Flavors are superb.”

After having walked vineyards throughout Big Valley and Kelsey Bench with their viticulturist David Weiss, owner of Bella Vista Farming Co., DeSante said, “We are convinced that this may be our best vintage yet.”

DeSante said they measured sugars at 21.5 Brix and pH around 3.25, which is “perfect for the crisp, aromatic style of white wine that we love.”

“Up until recently, it’s been a pretty cool season, which has promoted earlier fruit maturation,” said Clay Shannon, owner of Shannon Ridge Family of Wines. Shannon Ridge started picking Sauvignon Blanc grapes on Sunday in the High Valley AVA and in Long Valley, both located in the northeastern portion of Lake County.

“Bud break was late, and we had late rains,” Shannon said. “We had a good rain season. Our wells are recharged, our springs are running strong.” He indicated the vines look good, with low pest pressure and no mildew issues. 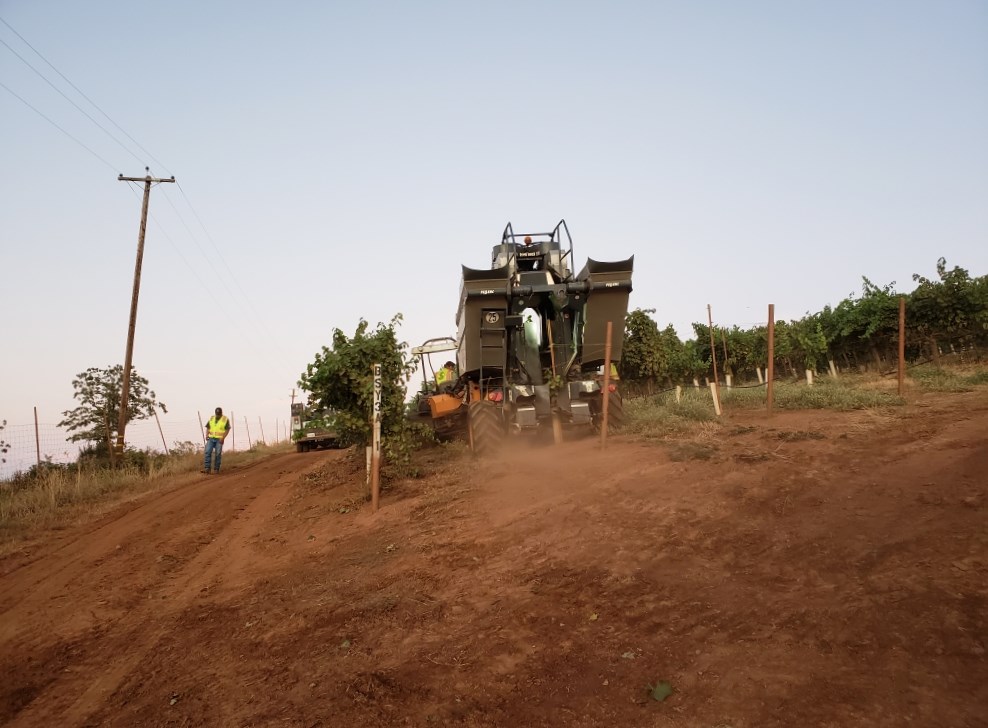 Harvest 2019 gets underway in Lake County with a Sauvignon Blanc pick in the early morning hours at Shannon Ridge in High Valley AVA. Photo credit: Shannon Ridge Family of Wines.

The late start in the spring had many Lake County growers anticipating a later-than-normal harvest, but the consistent warmer midsummer temperatures have encouraged steady ripening and the fruit is now near average maturity, and in some locations, even a bit early.

“Several growers have noted that it could be a somewhat compressed harvest with different varieties coming on at the same time,” Sommerfield said. “This could present a challenge, but at this point, they seem confident they have the necessary labor.”

In terms of yield, some growers have reported a lower-than-average Sauvignon Blanc crop with a few estimating approximately 55 to 60 percent of normal, according to Sommerfield. Yield estimates for reds range from normal to slightly lower than normal, she said.

Brassfield Estate Winery, also in the High Valley AVA, started picking their rosé varietals – Grenache, Syrah, Mourvèdre, and Pinot Noir – on Tuesday. “We will get into Sauvignon Blanc at the end of the week,” said Jonathan Walters, Brassfield’s director of farming. “I wouldn’t be surprised if we are into early hillside reds by next week.”

This estimate for kicking off harvest for the region’s bold reds was echoed by other Cabernet Sauvignon producers across the region who are gauging harvest to be anywhere from one to two weeks early.

“Budbreak was two weeks later than historical average, bloom was 10 days later than average, fruit-set was on average, and veraison was one week early in most blocks,” said Clint Nelson, vineyard manager at Beckstoffer Vineyards Red Hills. “This is abnormal to say the least, to have an early harvest after experiencing such a cold and wet winter, which significantly delayed budburst,” Nelson said. “Now it appears sugars are escalating quickly, potentially driven by a lighter than average crop-load.”

Beckstoffer Vineyards Red Hills was set to begin its first pick of the year on Wednesday night with Sauvignon Blanc at approximately 22.5 Brix.

As for reds, Nelson said the condensed growing season has caused most of their blocks to be pegged at the same rate of maturation, and for a farming operation that has 97 percent of its crop dedicated to Cabernet Sauvignon, that can lead to a “hectic harvest.”

Nelson said the turbulent weather seen in parts of the Red Hills at bloom significantly impacted yields, which are estimated to be lower than average, but the mild summer and strong diurnal shifts have created ideal conditions for ultra-premium cabernet.

“This may be one of the greatest ‘quality’ years in recent memory,” Nelson said. 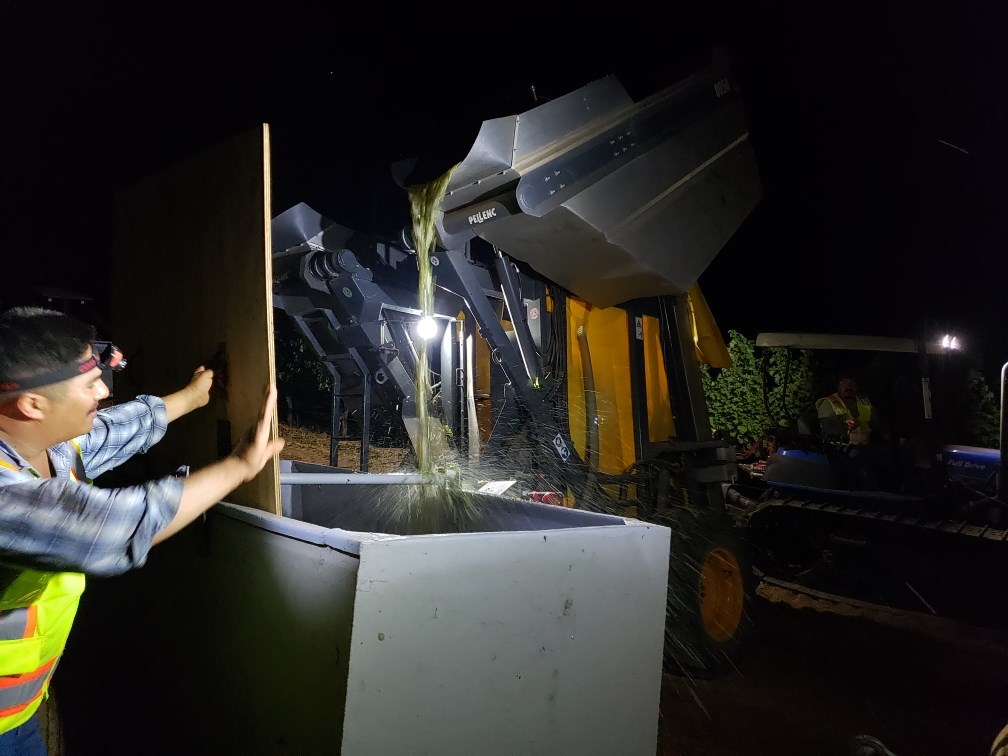